I totally smoked the entire kitchen when I made these the first time, but it was worth it! Meat, cheese, vegetables and creamy yogurt dressing make these fajitas not only delicious, but also mildly healthful! 😀 win win win win win. Oh, and yeah…boyfriend called me a keeper after he ate them…so…yeah…once again, totally worth it. 😀 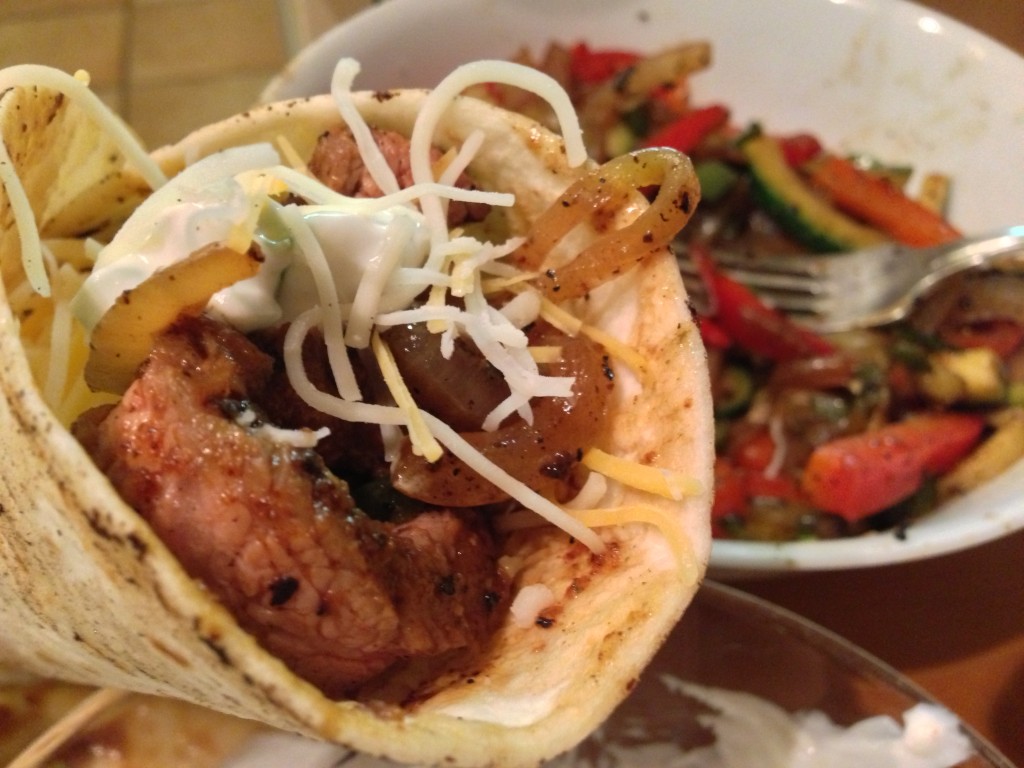 I used the modified version below – I think following it as stated would have been way too salty, especially since some spices (chili powder) already contain salt.

heat oil in cast iron skillet until oil is smoking – lay steak in the oil. (warning – this will smoke up quite a bit once the spices hit the oil – make sure you have a window open.) Cooking time depends on thickness of the meat – I seared it about 4 minutes on each side, and then lowered the heat and let it cook until the meat firmed up a bit more.

remove the steak from the pan. I put it on a cutting surface, and then tented the meat with foil to let it finish cooking.

in the same pan, saute bell peppers and half of the diced jalapeño, cook for a bit, then add the onion, garlic, zucchini and rest of the jalapeño.

salt and pepper to taste (i used garlic salt)

cook until onions are soft and bell pepper and zucchini still have a bit of snap.

For the sour cream substitute:

Mix together and done! 😀

pile ingredients onto a burrito in quantities desired, wrap up, and devour. I recommend pairing this fantastically fancy dish with a bottle of beer.