Browse: Home   /   Thanksgiving with the Chungs! A Food Network Holiday 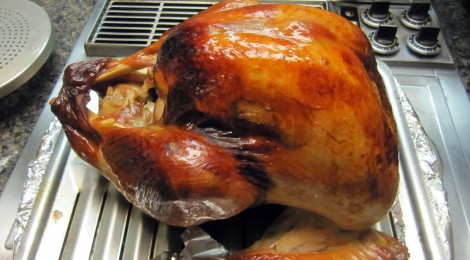 Thanksgiving with the Chungs! A Food Network Holiday

This Thanksgiving felt more like a giant science experiment than anything. Since it was only me, my mom and my dad this year, we didn’t make that much food. Our feast consisted of one 14-lb turkey a la the genius, Alton Brown (I love how he smacked down Michael Chiarello for not separating an egg properly), cranberry sauce the Tyler Florence way, and mashed potatoes the..we have a sack of potatoes we don’t know what to do with way. Since the recipes are there for you to follow, all I really wanted to do was show you my science experimenty photos, and also tell you how NOT to mess up a recipe.

Let’s go over the successes first!

1. Cranberry Sauce: Tyler Florence was the hot chef I wanted to marry after I got over Jacques Torres (he was my first exposure to a French accent via PBS. I was in elementary school) and before I saw the hot guy (Chef Curtis Stone: Australian) on TLC’s Take Home Chef. His cranberry sauce is awesome! You can’t screw it up because you just make it to your own taste. Also, the orange zest/juice/cranberry/cinammon smell that fills the house gives you a boost of holiday spirit right when you think your family might be driving you crazy.

2. Candied Ginger: Yup yup! That’s what’s in the top right corner of the image above. Alton Brown’s brine calls for just a touch of candied ginger, and at 10 dollars a bottle, I wasn’t about to buy it. (Actually, I was, but the market was out.) Good thing it was extremely easy to make! Alton’s Brown’s recipe for candied ginger makes a big batch, which I didn’t want, so I just applied the method to make the amount I wanted. Basically, boil the hell out of some thin slices of ginger until they get tender, and then remove a bunch of the liquid and boil the ginger slices with lots of sugar. I turned off the heat once I saw thick, syrupy crystals forming on the bottom of the pan. You’ll have sparkling pieces of candied ginger before you know it. 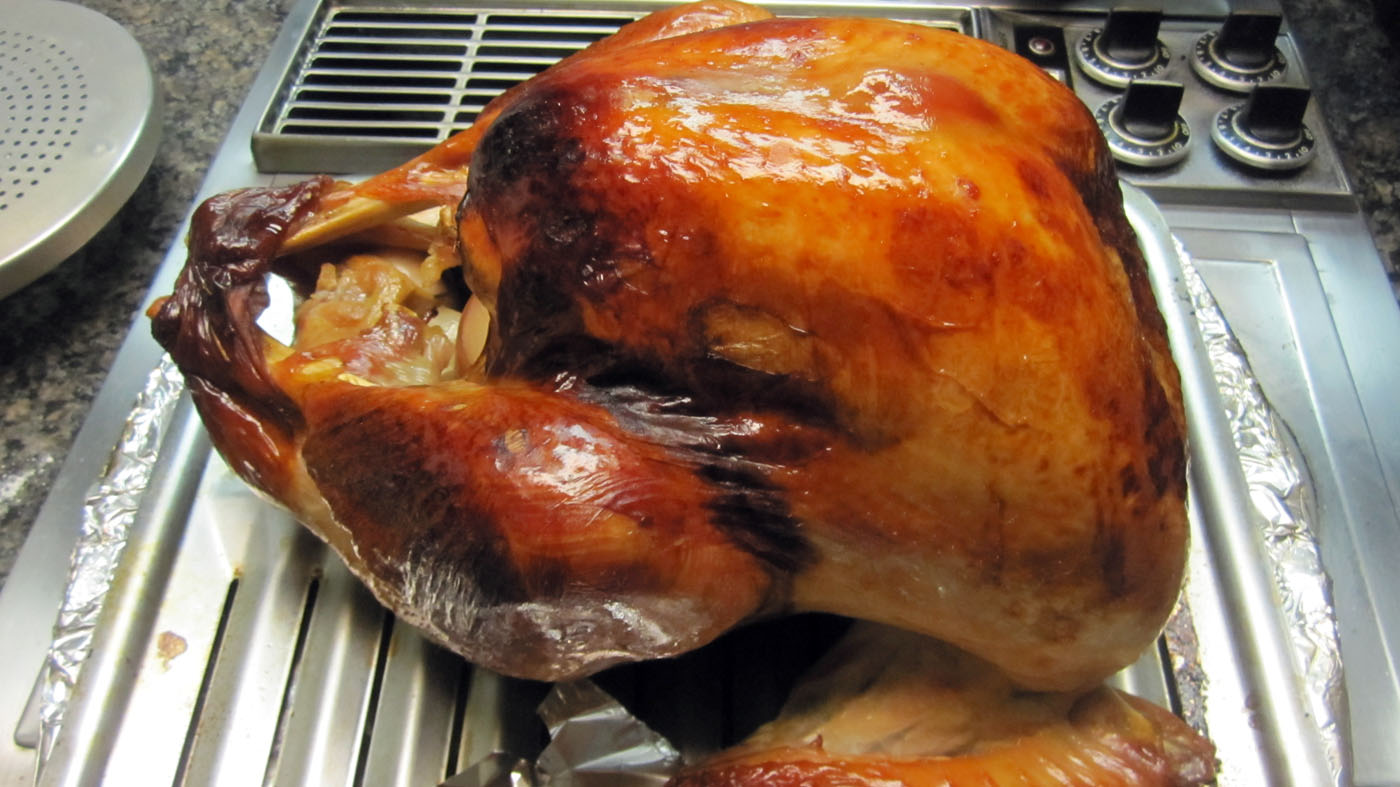 1. Turkey Brine: NOOOOOOOOOOOOOOOO Alton Brown I have failed you! :'( I neglected to investigate the size of the containers in my mom’s kitchen, and we don’t have anything close to a five-gallon pot. She also wouldn’t let me wash out the giant paint buckets in our garage. I ended up making the brine according to his recipe before I realized I wouldn’t be able to dilute it accordingly. The result: EXTREMELY FLAVORFUL BUT SALTY TURKEY! After I woke up from my turkey coma (it was salty, but my mom, dad and I still ended up polishing 1/3 of the bird), I guzzled a bunch of water. My mom said she felt like her tongue had been brined. With the cranberry sauce, you couldn’t really tell at all, but it was just kind of a shame that I couldn’t just pick the carcass clean and eat the meat all on its own.

That’s it for this holiday meal! It wasn’t that bad at all, and the brine really did give the bird tons of flavor while masking the gamey turkey flavor some people don’t find appealing. I’m probably going to be making this turkey again for Christmas, because I’m pretty dissatisfied with how it turned out. Then, it’ll be Round 2 with Brined Turkey. I absolutely WILL conquer you!